What I Did To Improve My Running Confidence 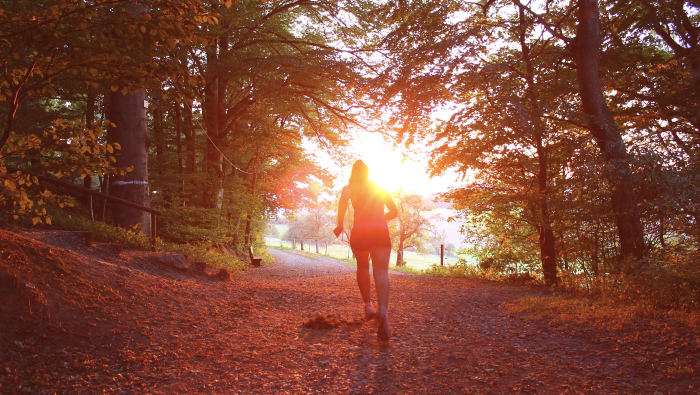 I knew I’d lost my running confidence and I needed to improve it. I’d gone from being someone who loved to go for a run to someone who was having to force herself out of the door. Running was not fun and my confidence was plummeting.

When I first started running, I was never really bothered about my running times. I’d glance at the time but didn’t feel disappointed if it was slower than the previous run.

I started doing Couch to 5K a few months after I had left an unhealthy marriage. I wanted to exercise but had no money to pay for a gym membership. A friend of mine mentioned something about running and I thought I would give it a go. I used to have a treadmill in my old house but rarely used it as I’d run full-on until I thought my lungs would burst and then wonder why I couldn’t run for longer. I didn’t know how to learn to run properly.

“Let’s give it another go!”, I thought, and then googled “how to start running”. The NHS Couch to 5K website popped up, I read it and then decided it sounded like a good place to start. I did my first run on 9th July 2014 and I loved it. Following the programme was easier than I expected and I was soon running 5K without stopping. I couldn’t believe it, I was a runner and I actually enjoyed it!

When Passion Turns To Poison

Running gave me an escape from my life. It gave me time on my own without my overthinking brain wearing me down. It was fun and it was something that I felt good at. I actually felt good in my own skin and was proud of myself. Until I joined a running club.

At first it was encouraging and friendly, we ran because we enjoyed it and because we were a small social running club. We’d natter away during our club runs and going to parkrun was half about the running and half about the cuppa afterwards.

Their disappointment for me made me think that I should be disappointed too. Was I rubbish for not being faster? Was I letting my club down because I wasn’t getting quicker? Wasn’t I good enough?

This question was one that entered my head continually throughout my whole life. From being the overweight kid at school and getting bullied for it, being in an unhealthy relationship to being a runner and still feeling like what I did wasn’t enough. When would I be good enough?

Over the next few years I became a runner so focused on getting a PB that I wasn’t enjoying running anymore. I’d bought a Garmin to time my runs, it gave loads of details so I could analyse my run afterwards. It felt too pressured but the thought of not timing my running seemed ridiculous. “How will I know if I’m running fast enough?” “How will I know if I’m getting quicker?” I was addicted to knowing my pace as I ran.

Around the same time, I had also discovered an app called Strava. It’s like Facebook for exercise. You follow people and they follow you, you give each other ‘kudos’ for their run/ride/swim. It started off as a fun thing but over time I noticed that people would comment on a training run I’d recently done and I felt even more pressure to be better for them. I’d even heard stories of people ‘faking’ their race result to make it look better on Strava. Madness!

I knew this wasn’t healthy and I knew it was killing my love of running but I couldn’t stop. I wanted to stop and I wanted to improve my running confidence again while feeling the freedom that it used to bring me.

Something Had To Change

Leaving the running club and coming off Strava seemed like a sensible step to take. I’d made some really good friends who I’m still very close to and we regularly meet up for a run followed by a cuppa and cake. They knew my battle with my running confidence and that I needed to improve it.

I’m not saying that every running club is like this and I’m not saying it was anyone’s fault. I think my lack of self esteem made me prone to doubting my abilities and seeking approval from other people. I had to learn to be good enough for myself. What other people think shouldn’t make me feel any less worthy.

However, the running community is primarily about getting faster. You just have to google something to do with running and most of the posts will be about improving speed. I’ve learnt that having this as my main focus kills the enjoyment for me.

Don’t get me wrong, I love it when I know I’ve run faster but those runs don’t happen as much as the runs where I’ve slowed down or stayed the same. If speed is my goal then most of my runs end in disappointment.

About a year ago I decided to stop doing races and parkrun. I couldn’t do it while also trying to retrain my thinking and improve my running confidence. I kept running but couldn’t shake off this need to time my runs. I’d tell myself that time didn’t matter, I wasn’t a sponsored runner so who cares what my time was. I tried to convince myself but I always looked at the pace and end time of my run as though it would make or break it.

Recently I forgot to put my Garmin on and went for a run anyway. At first I felt lost. How will I know how fast I’m running? How will I know if I’m better than my last run? I won’t know what my distance is!

About halfway through, I kind of relaxed into it. It actually felt good to be running and not glance at the time. I felt free. The only downside was that I missed seeing the distance of my run. I always like to know how far I’ve run as I don’t like doing the same routes over and over again. I like to mix it up and change the scenery.

When I got home, I felt much better than I usually would after a run. I decided to change the setting on my Garmin so that the display only shows the distance. My next run was as good as the previous one, if not better. I could see a tiny glimmer of hope that I was starting to improve my running confidence.

When I finish a run now, I’ll see the end time but it doesn’t have quite the same power over me. As soon as I feel negative about the time, I force myself to remember what the run felt like. I’ve noticed that I’ve started listening to my body a bit more and will run harder if I want to.

I know it’ll take time to completely rid myself of this need for speed but I’m one step closer to it than I was. Running has to be about fun and freedom from now on!

If you liked this blog and want to hear more from me then sign up to my email list on my contact page (just scroll to the bottom of the page). I promise I won’t bombard you!