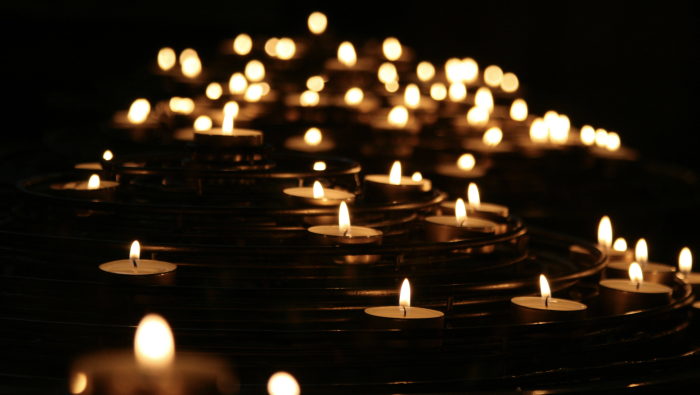 Today we had your funeral and it was full of laughter. Loads of friends from over the years came to say goodbye to you and share their stories. Malcolm spoke and told us all about the jokes you played on each other at work and how much everyone enjoyed working with you. I wrote this eulogy and somehow found the courage to stand up and read it out.

The words that pop into my head when I think about my dad are loving, kind, mischievous and hard working.
I always knew he loved me, my brother and mum – I never doubted it. He would do anything for us.
Dad was a wind-up merchant and loved the attention it brought him, good or bad. One day, before Paul and I were on the scene, he wound mum up so much that she threw a saucepan of scrambled eggs at him. Back then they had a tiny kitchen yet she still managed to miss him. He found it hilarious.
When I was 7 I put his loving, caring side to the test when I came home from school with nits. Mum was in hospital at the time so Dad had to deal with it. I think the bit he liked the most though was when I proudly told everyone on the bus that I’d had nits. He was clearly happy about this and not at all mortified.
Dad used to love building Hornby train sets and Paul and I used to love to play with them. Well, we used to love to try and make them crash. Dad wasn’t too keen on this though. One day he sold his trains when he decided to buy a computer, everything went.
About 8 years ago I was Christmas shopping in Cardiff and came across an Orient Express train box set and knew I had to buy it for him. On Christmas Day he opened it and I was choked up about how happy he was, he loved it. Mum not so much… if looks could kill. Instead of converting the loft again Dad decided to buy a shed for the back garden. He created his train heaven in there complete with a wood burner and coffee pot.
When I was 17 and learning to drive, Dad would take me out in my car. We’d get in and he’d say drive wherever you want, just try not to speed. Once when I went to work with him, he let me drive mum’s car. There was a long private road and he told me to floor it to see what it felt like then quickly added “just don’t tell your mum!”
He taught me how to look after my car and how to do a bit of DIY. I’m rubbish at both but I give it a go. In the last few years he also gave me cake baking tips and he made the best Victoria sponge I’ve ever tasted.
He adored my dog Winston. They were like the dynamic duo – not Batman and Robin, more like Del-Boy and Rodney. Dad would sneak him bits of food when he thought I wasn’t looking and Winston was as subtle as a brick about it. When we started sorting out dad’s things, mum went through his wallet and found 3 photos. I’m sure you’re expecting me to say there was one of mum, one of Paul and one of me but no, there were 3 photos of Winston… just Winston.
Mum and Dad were together for nearly 50 years and she visited him every day in hospital. A couple of days before the end, we arrived to visit him and mum walked into the room first. Dad looked at her then grabbed her hand and said “I do really love you Chris”. He said it with such urgency, like it was the most important thing in the world and it brought us all to tears.
Dad spent his last day in bed snoring his head off which summed him up perfectly. I’m sure if he could, he would’ve told us his usual line of “I wasn’t asleep, I was just resting my eyes”.

Today was exactly what you would’ve wanted and you’d be so proud of us. We shed some tears but mostly we laughed. And yes we did as we were told so your final song was Another One Bites the Dust by Queen.

I will miss you every day of my life, some days more than others but I know I’ll be ok. Thank you for being such an amazing dad and always having my back. Loves you xx